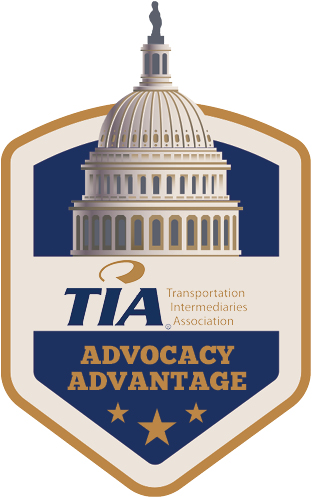 There has been a lot of activity in the last 24-hours on the United States – Mexico – Canada Agreement trade deal or the USMCA. TIA is happy to report that a deal appears to be imminent, with all three nations agreeing to sign the agreement as early as today. TIA has been pushing Members of Congress to move this landmark trade deal forward for quite some time. It is imperative to the 3PL industry that we as a nation continue the free movement of goods with our friendly neighbors to the North and South.

“The update to NAFTA in USMCA will modernize trade between our most important international partners. It is essential that we have a secure, strong, prosperous, and growing North American continent. USMCA will keep us on that path,” stated TIA President and CEO Robert Voltmann.

TIA Chairman of the Board of Directors Brian Evans, CTB who is also a Member of the Arkansas State House representing the 43rd district, drafted a letter of support to Congressional leaders and authored a resolution supporting the passage of the USMCA. Chairman Evans stated in the letter which was co-authored by 26 other State officials:

Trade with Mexico and Canada is vital to the U.S. economy. It has been more than two decades, though, since trade with those countries was comprehensively addressed by the North American Free Trade Agreement (NAFTA). It is well past time to modernize our agreement with these important partners.

We need a 21st Century trade agreement for the 21st Century economy. The time is now to put USMCA to work for us here at home. This bold new agreement provides the framework for economic growth and increased jobs. It will also establish a much more balanced environment for American workers.

News broke yesterday that an agreement was on the horizon, and Speaker of the U.S. House of Representatives Nancy Pelosi was reviewing recent changes to the agreement that U.S. Trade Representative Robert Lighthizer and his Mexican counterpart Jesus Seade had discussed recently. Those changes were proposals on labor inspection rules and tougher steel provisions. The demand from the U.S. regarding steel and aluminum rules came from the United Steelworkers union, who threatened to continue to stall the negotiations last week.

Passing this important trade deal has been one of President Trump’s top priorities. There are still a few procedural hurdles before the agreement can come to the floor for a vote, including committee hearings and review of the implementing bill in the House Ways and Means and Senate Finance committees. Those steps could be waived to save time, and people familiar with the talks said lawmakers are likely to skip some of them.