TIA has partnered with Truckers Against Trafficking (TAT) to offer TIA Members complimentary access to the TAT Certification Program via the TIA Learning Management System as part of the growing partnership between the two groups. This training will take TIA Members through a 30-minute online training video that educates users on identifying clues as to when human trafficking may occur, where these crimes usually happen, and how TIA Members are uniquely positioned to help combat this problem in their communities.

TIA Members will become Truckers Against Trafficking Certified and receive a digital certificate showing their achievement upon completing the online training. TIA encourages all TIA Members to participate in this training for themselves and their employees and make it part of their annual training programs similar to other HR or operations training that they offer their employees virtually.

TIA Members can register now for the Truckers Against Trafficking training and certification course.

Transportation Intermediaries Association (TIA) is a proud supporter of and advocate for efforts to combat human trafficking. We are honored to have partnered with Truckers Against Trafficking (TAT) in 2021 as a Gold Level Sponsor in support of their mission to educate, equip, empower and mobilize members of the trucking, bus, and energy industries to combat human trafficking.

As part of this partnership, TIA will work hand-in-hand with TAT to provide information, education, tools, and resources that TIA Members and others in the 3PL and transportation industries can use to help identify and stop this heinous crime. TIA will also host a series of webinars throughout the year to provide the industry with valuable training on how they can play a role. 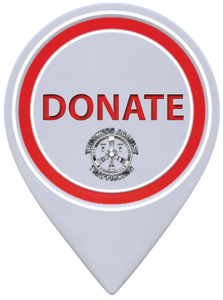 Salvation Army
This is the main website for the International Salvation Army. It is well known for its extensive programs in social and spiritual services and development. It also has articles on the issue of human trafficking here.

Stop the Traffik
STOP THE TRAFFIK has more than 1000 member organizations in 50 countries and a grassroots following of ordinary activists around the world. Some of us sign petitions, wear symbols of the campaign, spread the message, and some show their support through adapting their lifestyles.

Businesses Ending Slavery & Trafficking
Businesses are central to the prevention and reporting of human trafficking yet they were almost entirely absent in statewide and nationwide efforts and protocols. BEST: Businesses Ending Slavery and Trafficking was launched in March 2012 to fill that gap. Since our launch, BEST has provided awareness, consultation, and training to employers in a variety of sectors: hospitality, information technology, oil and gas, and tourism, to name a few. As a result, we have seen increased prevention efforts and an increasing number of trafficking victims escape their exploiters

Polaris
Polaris is one of the largest anti-trafficking organizations in the United States and Japan, with programs operating at international, national, and local levels through our offices in Washington, DC; Newark, NJ; Denver, CO; and Tokyo, Japan. Polaris Project is one of the few organizations working on all forms of trafficking and serving both citizen and foreign national victims of human trafficking.

Child Prostitute
The traditional term for a minor who provides sexual services in exchange for anything of value (money, drugs, food, a place to stay, etc.). The word is generally disfavored because it incorrectly assumes that minors have the legal capacity to consent and that the victim “chooses” this. The preferred term is “child sex-trafficking victim” or “child sex-trafficking survivor.”

Commercial Sexual Exploitation of Children (CSEC)
The exchange of sexual services with a minor for anything of value (money, drugs, food, a place to stay, etc.).

Domestic Minor Sex Trafficking (DMST)
The sex trafficking of U.S.-citizen minors in the U.S. By some estimates, DMST is the most common form of human trafficking in the U.S.

Human Trafficking
The recruitment, harboring, transportation, provision, or obtaining of a person for
(1) sex trafficking in which
(A) a commercial sex act is induced by force, fraud, or coercion, or
(B) in which the person induced to perform such act has not attained 18 years of age; or
(2) labor or services, through the use of force, fraud, or coercion for the purpose of subjection to involuntary servitude, peonage, debt bondage, or slavery[commonly known as labor trafficking].” (official U.S. definition, Trafficking Victims Protection Act of 2000).

John/Buyer
One who exchanges anything of value (money, drugs, food, a place to stay, etc.) for any sexual services. Also called a “trick,” a “client,” or a “hobbyist.”

Modern-Day Slavery
The “shorthand” often used by anti-trafficking advocates to sum up the legal definition of human trafficking. While it is a useful term, it is worth noting that some situations which would meet the federal definition of “human trafficking” might not involve every element of what many people associate with the term “slavery,” e.g., the overt buying and selling of persons, physical violence, getting paid absolutely nothing for work, etc.

Pimp
A sex trafficker. The term “sex trafficker” is preferred, because it appropriately connotes the criminality and human rights abuses the person is engaging in and avoids some of the pop-culture stereotypes of what a “pimp” is (which are utterly wrong).

Prostitute
The traditional term for a person who provides sexual services in exchange for anything of value (money, drugs, food, a place to stay, etc.), especially one who does so “of their own free will.” The word is generally disfavored for its pejorative connotation, and because well over 90% of people in prostitution report that they would like to stop but feel unable to do so. The preferred term is “prostituted person” or “person in prostitution.”

Prostituted Woman/Person
The preferred term for people in prostitution, which rightly recognizes that others, i.e., traffickers and buyers, are responsible for prostitution, even “voluntary” prostitution, if, in fact, such a thing truly exists.

Sex Slavery
A near-synonym of “sex trafficking.” The only difference is that sex slavery may not always involve a commercial element, e.g., the recent case of the three captive girls in Ohio.

Sex Work(er)
A term used primarily by advocates of the legalization of prostitution to describe “voluntary” prostitution (assuming that such a thing exists), in an effort to portray “sex work” as being no different from other occupations.

Sexual Assault
When an individual engages in any sexual activity without the explicit consent of the other person. Minors cannot give consent under the law.

Swedish Model
An approach to prostitution policy, first enacted in Sweden and later replicated elsewhere, in which the sale of sex is legal, but the purchase of sex is illegal. This policy has empirically reduced both sex trafficking and so-called “voluntary” prostitution more than either total legalization or total criminalization of prostitution.

Trick
(1) An individual transaction in prostitution.
(2) A buyer.

TIA is also honored to be a member of the U.S. Department of Transportation's Transportation Leaders Against Human Trafficking (TLAHT) initiative, which is comprised of transportation and travel industry stakeholders working jointly to maximize their collective impact in combating human trafficking.

To date, TLAHT has engaged with hundreds of organizations from across the transportation industry.

The partnership focuses on five key areas and connects transportation stakeholders to available resources on:

We'll be announcing additional details on our efforts in support of the TLAHT initiative in the coming months.

Thank You to the Following TIA Members for Their Additional Support of Truckers Against Trafficking: