As TIA continues to monitor the situation surrounding COVID-19 and it’s impact on the 3PL and transportation industries, here is your Daily Update for May 8. As a reminder, you can find all the latest information, resources, guidance, and news from TIA’s COVID-19 Response Center.

Earlier today, TIA released a statement from President & CEO Robert A. Voltmann, CAE, in response to President Donald J. Trump’s comments regarding perceived price-gouging by transportation brokers. We encourage you to read the statement and share with your networks. TIA continues to address concerns raised in the media on this issue and will provide additional information as it becomes available.

The U.S. metric for cases was up today but down significantly compared to a week ago – a good thing. Deaths were down on both metrics – a very good thing!

In the state data, New York receded to its normal territory, as shown in Exhibit 5. Note that we have changed the coloring on the state charts to more sensitively highlight the changes. Lots of green means a good day.

In the international data, we see the clear story of this contagion. The early victims are on the road to recovery with one or two more countries reaching full recovery each week. We placed Ireland in that group tentatively yesterday, bringing the total to eight among the countries we follow. In contrast, the newer victims, places in South American, Central America, and Africa, are still in the expansion stage. It takes time for this bug to work through a population. As you look at the early victims, you will see no signs of a second round of the contagion, either with the passage of time or the relaxation of restrictions.

We conclude that, whatever the fears of commentators in the States about a resurgence in our contagion rates due to the relaxation of restrictions, there is no statistical case for those assertions. As our comments at the end of each report say, there is a major disconnect between the model-based projections of the medical community/government and the statistical realities, scientists and statisticians can measure. It remains possible that this could be a multiple wave contagion like the 1918 flu. However, there is no evidence to support that so far. 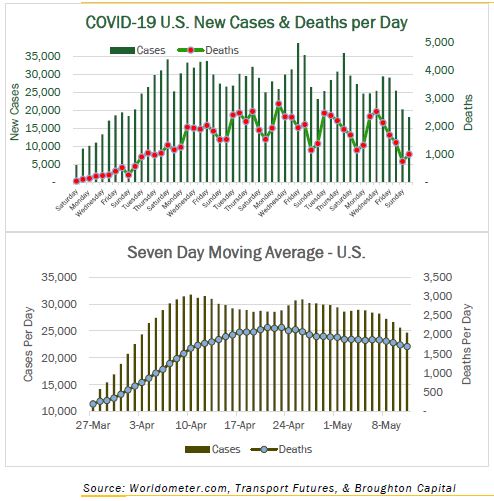 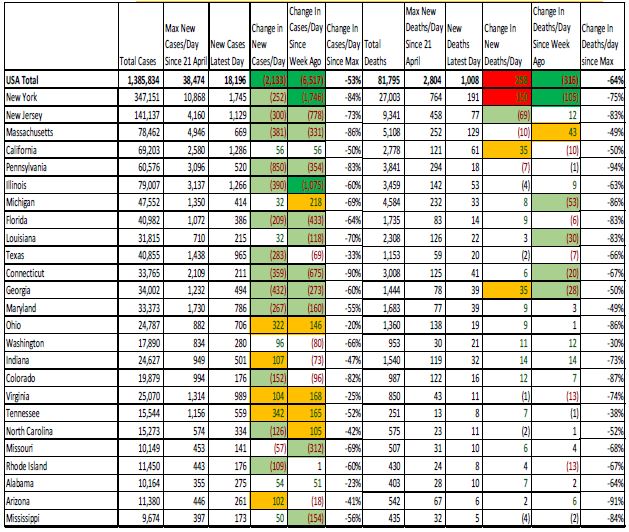 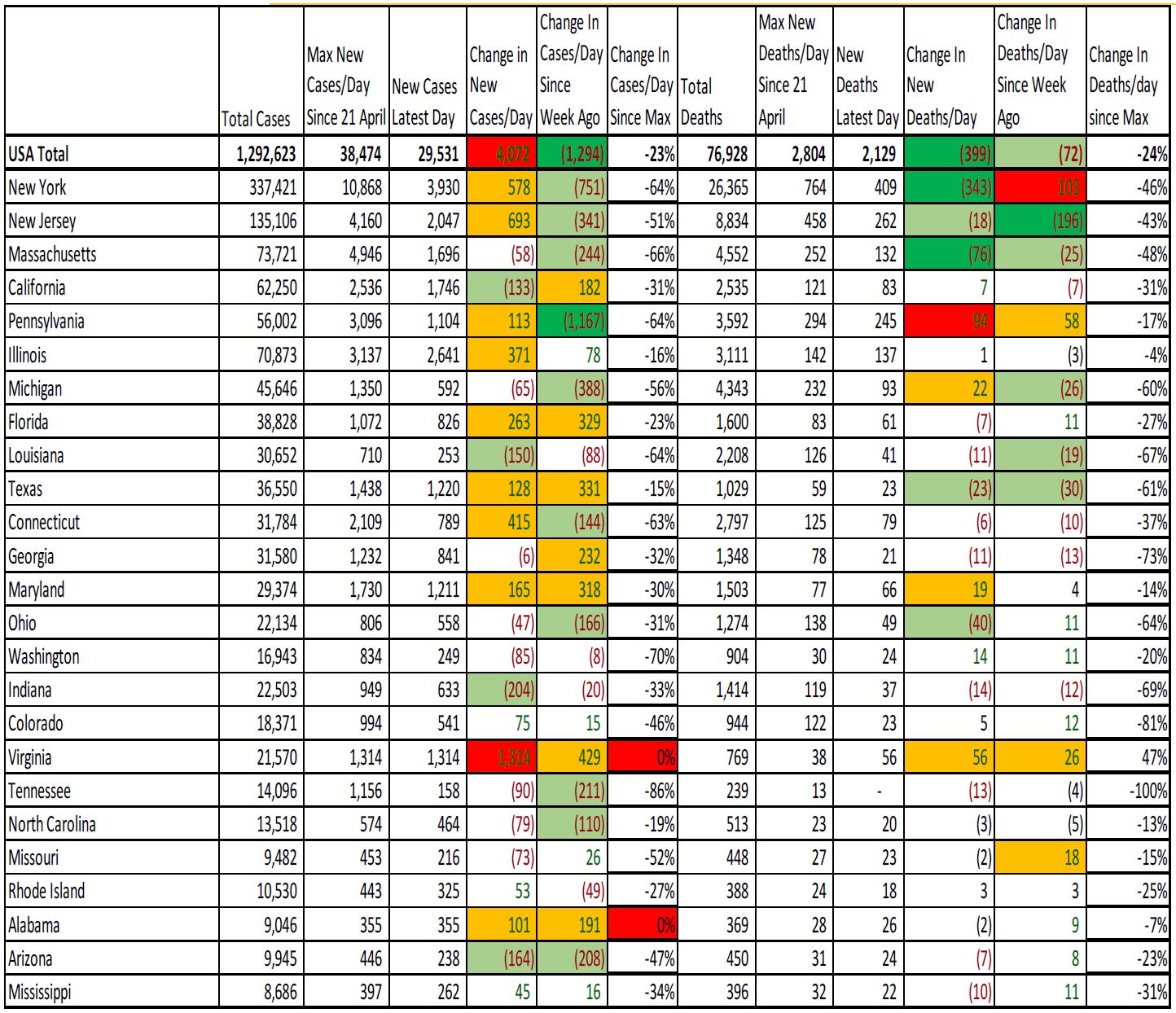 We’ll be back on Monday with COVID-19 updates and information that came through over the weekend.

Today is the 75th Anniversary of the Victory in Europe. So, here’s a fun little ditty to share for the weekend: Kay Kyser and “Praise the Lord & Pass the Ammunition.”