A Broker’s Introduction to Intermodal Transportation Was Jointly Developed by Several of TIA’s Railroad Associate Members and Provides a General Overview of the Intermodal Mode. This Course Is Perfect for Transportation & Freight Brokerage Professionals Looking to Expand into Intermodal Services.

Secure your spot in the class now!

This Online Course Will Teach Participants About: 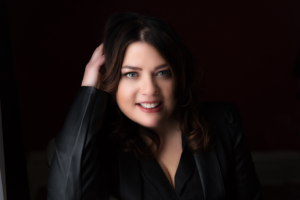 Kristy Knichel, a lifelong Pittsburgh native, is a second generation logistics executive. She took over as President of Knichel Logistics from her father William Knichel in 2007. Prior to this appointment, she led the operations team at Knichel Logistics for 10 years. In 2009, she became an owner and majority stakeholder of Knichel Logistics. Since taking over as president of Knichel Logistics, Kristy has been the driving force behind the yearly growth and their reputation as one of the top service providers within the IMC community. She has added new services such as Over the Road brokerage, LTL, and specialty services and has continuously added and upgraded new technology.