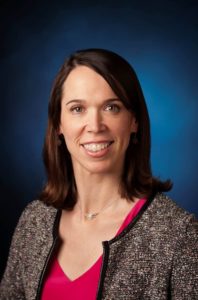 “After an extensive and deliberate selection process, the Board of Directors is excited that Anne will lead TIA as the association endeavors to advance its position as the leading advocate for 3PLs and supporting ethical brokers as they build successful businesses,” said Brian Evans, CTB, TIA Board Chair, and CEO of L&L Freight Services. “Anne’s experience in the transportation industry, coupled with her extensive government affairs background and leadership skills, will help guide TIA as we seek to enhance strategic alliances, strengthen industry and stakeholder partnerships, and increase our standing on Capitol Hill – all in support of providing increased tools, resources, and representation to our members.”

In this position, Reinke will assume the day-to-day leadership of TIA, while working in tandem with the Board of Directors and key stakeholders as the association seeks to further its role as the leading advocate for 3PLs. Reinke joins TIA following nearly two years as Deputy Assistant Secretary with the U.S. Department of Transportation and 16 years with CSX Corporation.

“On behalf of our members and the entire Board of Directors, I would also like to express my sincere thanks and gratitude to Doug for his interim leadership of TIA during these past four months,” said Evans. “At a time when his insights, knowledge, industry relationships, and decades of steadfast commitment to TIA were needed most, he rose to the occasion and led the association during unprecedented times.”

Anne Reinke joins TIA from the U.S. Department of Transportation (USDOT), where she served as the Deputy Assistant Secretary – Congressional Affairs. She started her service at USDOT in April 2019, initially as the Deputy Assistant Secretary for Intergovernmental Affairs, and transitioned to Congressional Affairs in November 2019. Prior to her time at USDOT, Anne spent 16 years at CSX Corporation in their Federal Affairs office, ultimately serving as the Vice President – Government Affairs, overseeing the Federal, State Government and Community Affairs Departments. Before joining CSX, she worked at the Association of American Railroads and High Speed Ground Transportation Association.

Anne is a Washington, DC native, and graduated from the National Cathedral School.  She received a B.A. from Rice University in Houston, TX, and a J.D. from the Wake Forest University School of Law in Winston-Salem, NC. She and her husband, Brett, have two sons and reside in Alexandria, VA.